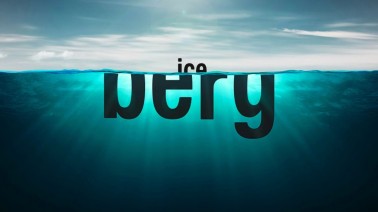 The Horace Mann League (HML) and the National Superintendents Roundtable have published a fascinating report called School Performance: The Iceberg Effect.  I would recommend reading the full report but an Executive Summary is also available – both can be found here.

They wrote the study because of their concerns about the use of international large-scale education assessments (ILSA) such as PISA to compare countries.  As educators, we cringe when newspapers and critics boil down the success of a child, let alone a country, on the results of a test.  They cite several research studies which indicate that up to 70% of tested achievement can be accounted for by out-of-school factors.  Hence The Iceberg Effect – a tendency focus on the part of the iceberg we can see when the part we can’t see is so much more important.

In their report, the part of the iceberg we can see are Student Outcomes (student test results) and System Outcomes (how successfully a country produces educated citizens and skilled workers).  The parts of the iceberg we can’t see include Inequity & Inequality, Social Stress & Violence, Support for Schools, and Support for Young Families.  Four indicators for each of these six dimensions were defined and then used to rank order 9 countries – the G7 plus Finland and China.

What I found most interesting was how the U.S. ranked, compared to these other similar economic powerhouses, on each of the 24 indicators.   The U.S. ranked last or second to last on 13 of the 24 indicators!  According to the report, “It is the only one of the nine nations with a maroon designation [bottom third in rank] in three of the six dimensions. The results for the United States with regard to economic inequity, social stress, and support for young families—all correlated with school performance—leave a great deal to be desired.” Pg. 18.  In fact the U.S. ranked last in Social Stress, last in Support for Families, and second to last in Economic Inequity.

The only area in which the U.S. excelled was System Outcomes, where it ranked first in Years of Education Completed, Possession of Secondary Diploma, Possession of Bachelor’s Degree, and Global Share of High Achieving Science Students.   Isn’t it a bit ironic that even though the U.S. ranked highest in all four of the indicators in the Systems Outcomes Dimension, reformers keep telling us how bad our schools are?  That our students aren’t “College Ready”?  In its conclusion the report stated, “Based on the indicators included in this study, it seems clear that the United States has the most highly educated workforce among these nine nations. At the same time, American society reveals the greatest economic inequities among the advanced nations in this analysis, combined with the highest levels of social stress, and the lowest levels of support for young families.” Pg. 43.

My takeaway?  When reformers like the Gates Foundation wash their hands of social issues and say, “We’re going to fix society by making new types of schools, harder tests, self-paced learning gizmos, and better teachers” they are working on the tip of the iceberg.  Where are the gazillionaires who want to donate a couple of $billion to reduce the number of violent deaths, drug deaths, teenage pregnancies, and infant death due to abuse or neglect?  To increase pre-school enrollment and extend more benefits to young families?  Remember, it was the part of the iceberg they couldn’t see that the sunk the Titanic.

David Tyack and  Larry Cuban’s book Tinkering toward Utopia: A Century of Public School Reform is one of my favorite books.  They chronicle how Americans have viewed public education as a means to building a better society.  From one-room schoolhouses in the 1800s to the influx of immigrants in the early 1900s to the response to Sputnik in the 1950s, Americans have shaped the purpose of public education.  Americans – not just one person. Not a foundation.

When did we, as a society, give up our responsibility to determine the purpose of public education?  I can remember back in 1985 when the Illinois State Board of Education (ISBE) went hat-in-hand to the Illinois legislature (again) for a bigger budget and the response was, “If you want more money, you’re going to have to show us that you’re worth it.”  State-wide student testing began shortly thereafter.  The purpose of education then became, “Earn your keep by showing me how good your schools and teachers are” which was not a societal need but an economic one.  Building a better society using public education doesn’t exist in the American consciousness today – and as we know, nature abhors a vacuum.

America didn’t set this agenda.  Recognizing this, the Gates Foundation hedged their bet that American public schools might not want to accomplish their agenda so they support charter schools and alternative schools to demonstrate how it should be done.  They pour money into national professional organizations and to the Council of Chief State Officers to get the Foundation’s agenda done.

“College Ready” is America’s need?  Those kids in Naperville and Winnetka were born “College Ready”.  What a frickin’ joke to the kids in Chicago who are just hoping to survive long enough to make it to the safety of their school tomorrow.

Why did we allow them to control the conversation about the educational needs of America?  How did it come about that the Gates Foundation is telling us, the education professionals, how to do our business?  The sad part is, we let them do this to us because we wouldn’t do it ourselves.  We, as a profession, have been reluctant to get involved in politics, to write the newspapers about what schools need, to stand up and tell someone outside of the teacher’s lounge what our kids need.  Until we, as a profession, are willing to tell everybody what America’s kids need, the billionaires and their foundations will fill the void.

Next time: Vision 2020 tries to fill the void