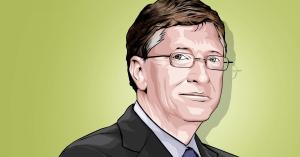 Anthony Cody’ book The Educator And The Oligarch meticulously documents the efforts of Bill and Melinda Gates and the Gates Foundation’s efforts to “reform” public education.  But more than a well-researched book, Cody documents how his criticism of the Gates Foundation led to a public dialogue (through online posts) with the foundation about the efficacy of the Foundation’s intent to change public education.

If you’re looking for evidence about the Gates’ plan to reform schools, this is an excellent resource with 350 references to articles, books, public speeches, YouTube videos, online documents, and personal communications.  Cody does an excellent job of weaving in these references with classroom-based insights about what might happen to public education if Gates is successful.

Toward the end of the book Cody makes some predictions about what public education might look like if Gates is successful.  I found these predictions entirely plausible and very scary.  Everybody concerned with the direction of public education should read those predictions and ask, “Is this where we want to go?”  If your answer is “No”, then use the information in the book to push back against these changes: if your answer is “Yes” or “I don’t know” then you’ll be using this book 10 years from now when researching “How did we get ourselves into this mess?”

Thank you Mr. Cody for taking the time to present to us a clear view of what Bill and Melinda Gates and the Gates Foundation have said, done, and funded and where they are leading us.  Will we follow?